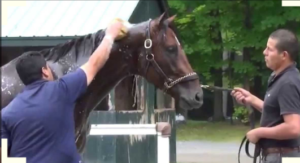 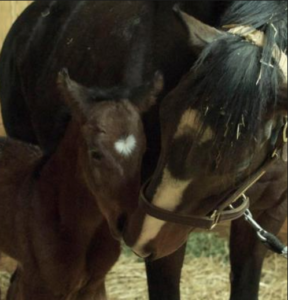 Both horses won their debut race at the same event at Saratoga Springs in 2015. Jess’s Dream was three year old, meaning it took an extra year to get him ready. Jess’s Dream won his race in a dramatic fashion, coming from last to win the race by one length. Sadly, after that one race, he had injuries and other things that kept him from ever racing again. Now he lives in Florida.
Rachel’s Valentina was ready to race as a two year old. In addition to winning her first race at Saratoga Springs, she won a second race there that summer. Last year Rachel’s Valentina came in second in two races and was favored to win the Kentucky Oaks, but she placed sixth and fifth in the Mother Goose Stakes after that.
Now Stonestreet Farms has retired Rachel’s Valentina as well, but don’t feel bad for her. In her career Rachel’s Valentina earned $738,000!!